Thank you to everyone who attended the Campout and the AGM at Fintry this last weekend, and grateful thanks to everyone who worked hard to make the event such a success.

The results of the electronic vote were that both bylaw amendments passed – bylaw 1 had 100 in favour and 1 vote against, while bylaw 2 had 91 votes in favour and 10 against. Our thanks to Skramble, our Elections Officer.

As you may remember, there were no elections for board members this time as each returning board member ran upopposed, but Sandy (Soobaxm) stepped down from the position of secretary after one year. There were no volunteers to take this position on at this time, so Michelle (DaisyDolittle) has stepped in as an interim position. As she is Ian’s wife, they were concerned that there would be 2 votes on the board in one family, so they have asked that Michelle’s role be non-voting. She would be VERY willing for someone to take the position, so if you are interested in taking that role, please contact Ian at [email protected]

Hence, the board for the next year is: 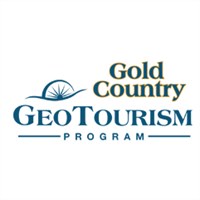